James Strong – a passing of an outstanding leadership brand – You will be remembered! 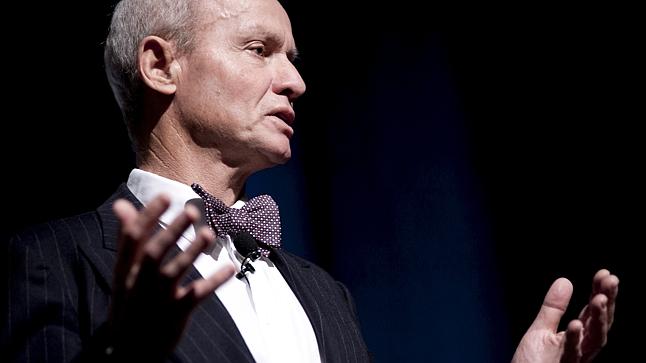 As his dress sense indicated, James Strong was not interested in being a member of the me-too CEO club

How James Strong learned that respect started from the shop floor

Respect featured prominently in the way James Strong conducted himself. Unlike many business leaders who demand respect as their due, Strong, who died this week, was more interested in respect for others. And in the process, this self-assured and quietly charismatic leader earned great reserves of respect, as this week’s flow of tributes makes so clear.

Strong was instantly recognisable by his trademark bow tie – the genesis of which was revealed by BRW’s Fiona Smith in her story How James Strong got his bow tie. Although one might be tempted to dismiss Strong’s urbanity and fashion sense as a trifle, it was also an outward expression of a man who knew his mind and who was not interested in being a grey, me-too member of the CEO’s Club.

Strong was a business leader who dared to run his own race and who dared to speak out on what it meant – or should mean – to be a leader. One of the issues he spoke about was respect and this most distinguished and successful business leader was not afraid to admonish his peers for not showing enough of it to their employees.

In June last year, Strong told a Stockbrokers Association of Australia conference in Melbourne that employers get the industrial relations they deserve. Perhaps, the then Woolworths chairman allowed, business leaders were “distracted” by growing demands from stakeholders and regulators, but he urged leaders to reorder their priorities – starting with their staff.

“If you don’t go out there on the front foot and communicate with your staff and treat them with respect and involve them in the business, then you won’t get much commitment from them,” he said.

“One of the things that worries me today is that chief executives have such a heavy workload externally to the corporation in terms of talking to analysts, the market and . . . dealing with regulators, that it puts a lot of pressure on the time and the ability of chief executives to truly influence people in an organisation.”

Some at the time took this as a pointed reference by the former Qantas chief executive to current chief executive Alan Joyce who is presiding over a poisonous industrial relations climate. It was Joyce the previous year who took the unprecedented step of grounding the entire Qantas fleet in response to industrial relations unrest at the airline. Many observers believe that Qantas has never recovered the damage to its reputation or the engagement of its staff.

But this was not just an opportunistic comment reflecting on the turn of events at Strong’s beloved Qantas. Respect was an abiding theme for Strong.

In The Australian Financial Review in 2010 Strong wrote about the “simple truths” that should guide the behaviour of chief executives. In that article he recalled a business leader’s disdainful attitude towards a waiter who had just served him. Strong wondered in this opinion piece why receiving service would not be treated with courtesy as a matter of course.

“Why should that not apply to every person providing service? They could be your son or daughter, niece or nephew. They are entitled to respect,” Strong wrote.

Strong took his peers to task for employing a management style big on rhetoric – of the “people are our greatest asset” variety – but less than effective when it comes to living up to the grand statements.

“When a leader promises enlightened and empathetic change and there is no discernible difference in the organisation you predictably get ‘the rolling eyeball effect’ as staff mutter, ‘another wanker telling us the same old story, but we know nothing will really change,’ ” Strong wrote.

“It is behaviour that matters – it’s how you actually treat people, not how you say or think you treat them. People are much more likely to do their best and deliver extra discretionary effort for an organisation when they experience respect, encouragement, personal development and opportunities to grow.”

In a corporate era in which the global financial crisis continues to cast a menacing shadow over the economy, and deep structural changes add to leaders’ anxiety, the treatment of employees has not always been equal to the glowing rhetoric.

It was a disparity that Strong was not afraid to point out: “Many frothy mission statements or management ‘manifestos’ declare the importance of people and a set of high-minded values held dear by the organisation. If this is not the actual experience each and every day, it is no surprise that those words mean nothing.”

Company director Sandra McPhee was recruited to Qantas’ senior management team when Strong was chief executive. “One of the first things he did was to get the senior management team to walk around the different parts of the airline. We went down to the baggage services and he would have the staff talk to us openly about the things going well and the things going wrong,” McPhee recalls. “It was an amazing thing to see.”

This week the chief executive of the Australian Institute of Company Directors, John Colvin, paid tribute to Strong, who had only recently commenced his term as chairman of the institute.

“James was one of the outstanding business leaders of his generation,” Colvin says. “One of Australia’s most respected company directors, he was widely acknowledged for his business leadership, integrity and commercial acumen. His leadership extended far wider, however, including prominent roles in the arts, sport, charities and philanthropy.”

This article first appeared in BRW on 5 March 2013.