What is the essence of leadership? 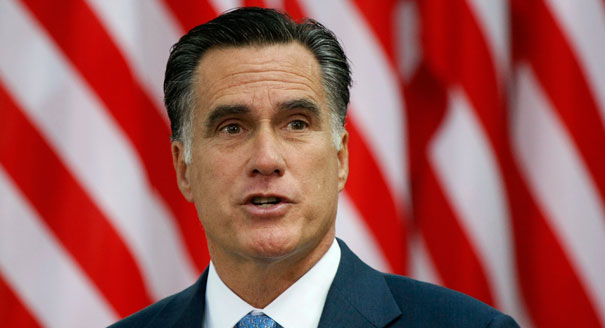 The essence of leadership is not easy to define. It depends on what the leader is leading, or is aiming to lead.

Mitt Romney is the embodiment of someone who aimed to lead a country while displaying behaviour that we more readily recognise in a CEO. Jonathon Freedland, in The Guardian of July 7th, observed that Romney was like a CEO playing at politics despite his term as the governor of Massachusetts from 2003 to 2007. His statements and behaviour could be more readily likened to that of the chief executive positions he once held at the private equity firm Bain Capital and the Salt Lake City Winter Olympics.

Remember the gaffes that made headlines during his visit to the UK? They varied from saying he was “looking out the backside of 10 Downing Street” to mentioning his meetings with MI6 which, under protocol, are not meant to take place at all. He also criticised the security arrangements of the 2012 London Olympics, which proved to be perfectly adequate. Readers took satisfaction in David Cameron’s response that ‘it wasn’t as easy to run security in a huge, bustling metropolis as it was in the middle of nowhere’ (i.e., Salt Lake City, Utah, where Romney organised the 2002 Winter Games.)

In the past CEOs have recoiled from adopting the transparency necessary for politicians, who know only too well that an ill-advised comment or a shady past is likely to come back and bite them in their rear ends. In addition, CEOs grew used to the unctuous responses of their minions and the ability to say what they wanted when they wanted.

This resulted in a lack of judgment and discretion – not the attributes people want to see in their President. It says volumes that Mitt Romney has refused to release his past tax returns, whereas President Obama has published all of his.

Now, let’s turn this around. Can a CEO afford not to behave like a politician? Today’s business climate is vastly different from what it was even ten years ago. Stakeholders and shareholders are now far more vocal in their expectations of CEOs. Add boards and the pressures of mainstream and social media into the mix, and it all begins to look rather like a bubbling cauldron of different expectations, points of view and wants and needs. Tact and diplomacy have become an important element of the CEO’s world.

In addition to this, consider the difference between the specialist CEO and the generalist CEO. The specialist has the advantage of knowledge. They can nurture innovation and be in the thick of it because no one can deny their expertise. The flipside is that they may concentrate on their pet projects to the detriment of others. They may also micro-manage and leave the broad picture unattended.

The generalist may have a more reliable overview of the process and product and so be able to ask for explanations when something seems out of place. This can help to unblock unwieldy processes and bring various processes and teams together. The disadvantage is that an expert may be able to pull the wool over the generalist CEO’s eyes and consequently sabotage part of the process.

Which is preferable? It depends. Look at the past history of the great companies in your field. Who was at the helm when they made the leap into runaway success? What was the business climate like at the time? What discoveries and inventions were coming to the fore?

Specialist or generalist? Who can say? Probably, as long as they display tact, diplomacy and an understanding of what the real world expects including all media (mainstream, social, search and consumer generated), that might be the best we can hope for? Adding some courage to that mix may also help.

What do you think? Do CEO’s today require greater tact to lead successfully?