Take Control of your Future. Grow your Personal Brand as Women 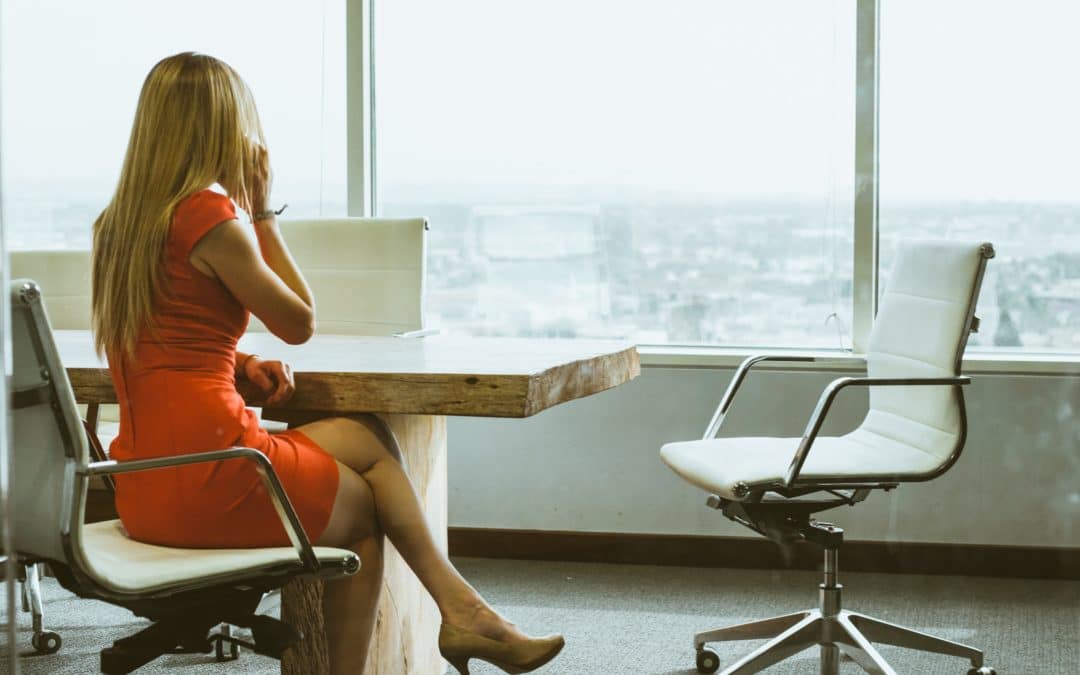 If you don’t take control of your personal brand image, others will.

For the last three odd decades I’ve been reading remarkably similar stories about how the equal pay gap has not closed for women. A recent report, based on a US study conducted by the Institute for Women’s Policy Research, claimed that women would not see equal pay until 2059. Not in my lifetime, then.

“The Workplace Gender Equality Agency (WGEA) estimates Australian women earn, on average, 15.3% less than men – $1,387 per week compared with $1,638 – and that this gap has remained largely unchanged for 20 years.”

Just when you think it can’t get any worse, the report predicts that for women of colour, equal pay is even further away. Black women will have to wait until 2124 for equal pay, and Hispanic women will have to wait until 2248 to reach pay equality with white men. I have read many opinions that try to explain away these facts. Many suggest, rather insultingly, that this gap may not be the result of gender differences, but rather the result of differences in skill and experience.

Right. So how does that match up with the fact that in the US, male nurses are paid an average of $5,000 more a year than women, even though women make up the majority in the field? Does that mean those fewer men are vastly more intelligent and experienced than the greater number of women working alongside them? I doubt it.

The Workplace Gender Equality Agency (WGEA) estimates Australian women earn, on average, 15.3% less than men – $1,387 per week compared with $1,638 – and that this gap has remained largely unchanged for 20 years. 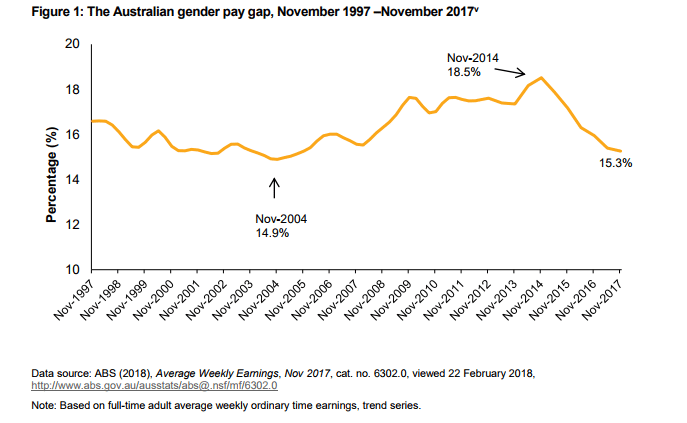 In view of such seemingly insurmountable indifference to the concept of equal pay for equal work, it’s time women looked closely at their roles in the business world. Women can’t control their salary levels in many fields, but that doesn’t mean they should give up and quietly wait for things to change. In fact, women can and must start negotiating change if they want to see their careers advance, and for us to have any hope of real change in the future.

How do they do this? One way is by repositioning and/or rebranding.

Rebrand to strengthen your negotiating position

Personal brand coaching is a key way to maximise your personal power and assertiveness. It is a way to capitalise on your potential and your choices in life.

Your personal brand already exists, what is missing is the personal branding ‘system’. Successful brands we are all familiar with like Oprah, Arianna Huffington, and Lady Gaga, even with all their talents and fame, have constantly and systematically reinvented themselves during their careers. Similar strategies can be applied to incredible ‘everyday’ people who reinvent themselves to become extraordinary leaders in their specific markets.

It is a sad fact of professional life that women (and especially mothers) are expected to prove their worth in a way men are not. But just because women have been victimised does not mean they should allow themselves to become victims. In fact, it is the very reason they must fight against being characterised in this way.

One oft-cited explanation for the gender pay gap is that, compared with men, women either do not negotiate their salary, or are not successful when they do.

“This study would suggest, not that women are bad at negotiating, but that they are actually smarter at it – knowing when success is near, and going for it.”

The problem here seems to be that negotiation is a skill that fits well with traditionally masculine traits such as confidence and assertiveness, whilst a woman who works away quietly and unnoticed conforms nicely to the feminine stereotype of a selfless caregiver. A woman who asks for her due, on the other hand, can be seen as demanding and self-seeking. In short, she is likely to be labelled a nagging bitch.

A study by economics and management researchers Christine L. Exley, Muriel Niederle, and Lise Vesterlund, offered an alternative way to look at this negotiation discrepancy, finding that women seem more likely than men to predict when negotiations will or will not work in their favour. This study would suggest, not that women are bad at negotiating, but that they are actually smarter at it – knowing when success is near, and going for it.

So what made the women studied confident that their company would see their value and view their negotiations favourably? I believe one very important aspect is that these women knew the strength of their reputation. How did they build that reputation in the first place? Just like Oprah, Arianna Huffington, and others, they built their reputation through skillful, authentic branding.

When one door closes, another door opens. When all the doors close… try the window

You can be ‘unknown’ to the world, and still win respect and renown amongst those you know and work with. In fact, what is networking or reference-checking if not asking people about a stranger and discovering their local fame? Branding can work on many scales – just as a small company may choose to direct their marketing efforts only to their local area, personal branding can work for you in your niche, and doesn’t mean you aspire to be bigger than Lady Gaga.

So how do business women, thought leaders, and entrepreneurs tackle branding? What is different to the path taken by celebrities?

Alicia* is a senior executive with a company that makes and distributes educational resources for primary schools. She joined the company as an office worker, and rose up through the ranks to join the decision makers. After Alicia had children, she worked part-time for five years until her two kids reached school age. Then, she realised her career had stalled. It was almost as though her ‘mother’ status had cancelled out her ‘executive’ status. She found herself being sidelined for promotion and eventually considered leaving the company. 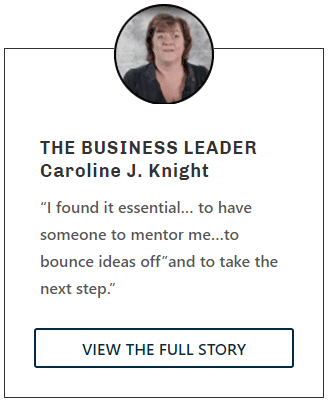 It wasn’t until Alicia realised that her role had narrowed and the company no longer had strong expectations of her performance that she understood it was essential to rebrand herself. She decided to change direction and become the ‘go to’ person for specialised educational materials for homeschooling parents. Her new self-created role inspired much interest and eventually increased profitability for the company. The repositioning was a success because Alicia invented a role that others in the company had never thought of. Five years on and Alicia is a shareholder in the top three leadership positions of the company.

“They reclaimed their personal power, and via successful rebranding changed the mindsets of themselves and their colleagues. But why did these women succeed where others fail?”

Cyndi* was the middle manager of a traditional, family-owned fashion manufacturer. They made quality clothes but they found it very hard to compete against cheap overseas imports. When the owners decided to compete on price, Cyndi knew it wouldn’t work. The inevitable happened, and the company began to flounder, but instead of giving up, Cindi persuaded a group of workers and some of her business contacts to help her to purchase the warehouse and materials. By obtaining finance through a women’s banking group, she managed to keep the business going. Today, the slimmed down, mainly female workforce designs and makes exclusive designer gowns for those who appreciate their quality and unique designs. 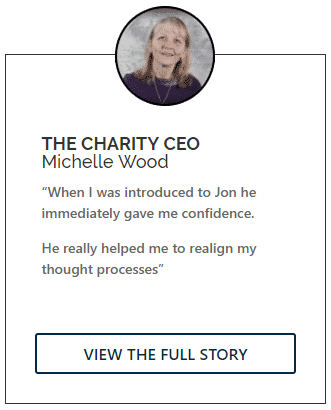 Both Alicia and Cyndi took a risk. Because they felt powerless in their roles, they had to make huge leaps to place themselves as the power-brokers. In both these cases, they reclaimed their personal power, and via successful rebranding changed the mindsets of themselves and their colleagues. But why did these two women succeed where others fail? One thing Alicia and Cyndi had in common was a mindset of ‘abundance’ NOT ‘scarcity’. 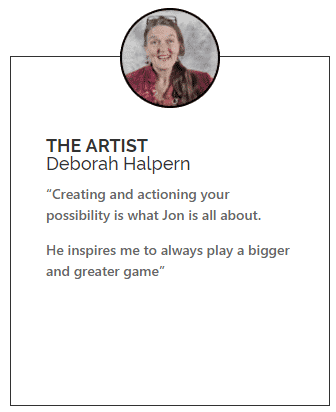 Just because women are told that there is not enough room for them – not enough in the budget for a salary increase, not enough seats at the table – doesn’t mean they have to believe it. The good news is that there IS enough to go around. Once you adopt this view you will see opportunities and what you can uniquely contribute to the marketplace. You move from a ‘victimised’ set mindset of scarcity to a new mindset of abundance and growth.   Tweet

“Just because women are told that there is not enough room for them – not enough in the budget for a salary increase, not enough seats at the table – doesn’t mean they have to believe it.”

So why am I suggesting women rebrand? Because women have extraordinary potential in addition to their skills and experience. We may still have a long way to go for equality, however, my experience supporting many extraordinary women tells me the scope to transform your career is now the most opportune time in memory. So why wait till 2059 (or beyond) to get what you rightly deserve? The right time is NOW!

* Alicia and Cyndi are fictional names, and have been changed to protect privacy.

Have you rebranded? Let us know your success story.