Amazon is coming to Australia and they will be a game changer – If you are an e-commerce site, get on the front foot and adapt your business now.

Check out the Amazon website, and you’ll see that more than 150 jobs are currently being advertised in Sydney. Analysts believe that the retail giant is using the July 2017 changes to the goods and services tax as the mechanism for the start of its entry into Australia.

Gerry Harvey, Harvey Norman head, predicts that Amazon is going to run into trouble as it tries to expand into Australia, stating that they will face some harsh realities of trying to do business here, particularly because of the huge distances involved. He says his business has the advantage of a delivery skill set and logistics framework that has taken 35 years to build up.

That may be have once been true, but the business world is moving so quickly that Harvey Norman’s past success is no longer a guarantee it of success into the future, same as any other business.

Dr Gary Mortimer, associate professor at Queensland University of Technology, compares the potential Australian market to Canada, where distance is also the major challenge, causing more of a struggle for Amazon.

But distance is only one facet of the imminent invasion.

Amazon’s revenue is far higher than that of Australia’s largest retailers and it’s growing amazingly quickly. Amazon is not only a retailer; it provides TV streaming services, cloud services and logistics as well.

“Credit Suisse predicts Amazon could snap up a 10 percent share of the clothing and non-electrical homewares market within five years.”

The implications of its arrival are massive, among them the prediction that Amazon is replacing workers with robots as fast as it can. Amazon chief financial officer Brian Olsavsky notes that although robotics technology tends to be more capital intensive than warehouses, it generally has much better operating efficiencies. Currently, Amazon only needs half as many workers to sell the same amount of merchandise a traditional department store does.

However, many smaller retailers view Amazon’s start-up as an exciting opportunity rather than a threat. As Talia Sasson, founder of online wedding wear supplier ‘Bridesmaids Only’, recently noted, ‘(It’s) a true convergence of the online with the physical, and a quantum leap forward in customer experience. We’re lean enough to pivot if any decisions taken by conglomerates like Amazon seek enter our marketplace.’

Co-founder and director of bookseller ‘The Nile’, Jethro Marks, agrees, saying the main effect of Amazon’s launch in Australia would be to drive other businesses towards better service. ‘The arrival of Amazon is going to force all retailers to focus more intently on customer needs and wants.’ 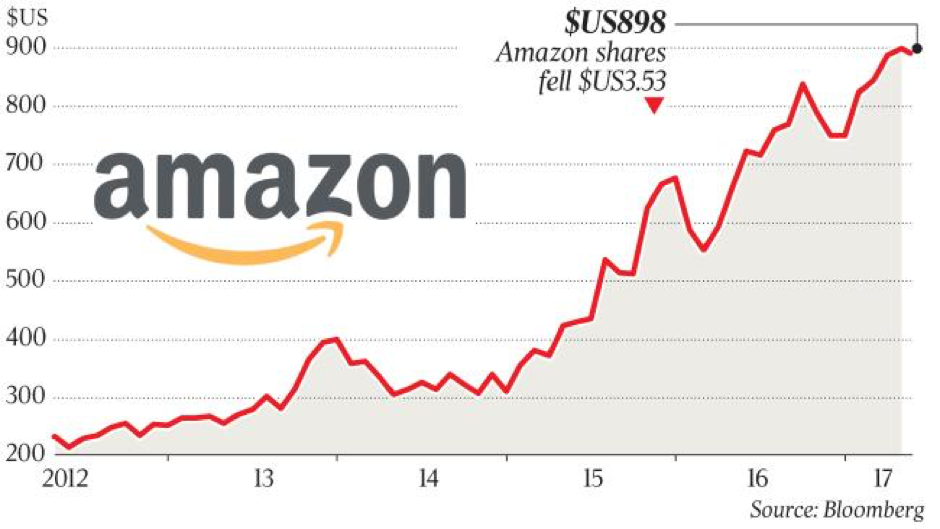 Amazon states that in Australia they will compete on a platform of low prices, vast selection and fast delivery. According to a local fund manager, they’re already performing price audits and will undercut local retailers by 30%. Unsurprisingly, a recent Neilson poll found that 56% of Australians would buy from Amazon.

Although Amazon has yet to officially announce its opening date and operating city in Australia, the retail landscape is set to change when it does. Brittain Ladd, an ex-Amazon staff member, had some words of advice for pessimists like Gerry Harvey.

‘Instead of preparing for Amazon, retailers should have been taking lessons from Jeff Bezos regarding how to obsess over customers and provide customers with service and value.’ He added that local retailers should be poaching talent from Amazon instead of creating internal response teams ‘consisting of individuals with no Amazon experience and minimal e-commerce experience’.

‘Instead of maintaining the same business models year after year, companies in Australia should have put a premium on innovation.’

Concluding, Billionaire investor Warren Buffet when asked last weekend about Amazon and its founder Jeff Bezzos he said “I was impressed with Jeff early. I never expected he could pull off what he did… on the scale that it happened. At the same time he’s shaking up the world of retail world, he’s also shaking up the IT world simultaneously. These are powerful, powerful ideas with big potential, and he’s executed.”

That sums it up nicely, don’t you think Gerry?

Jon Michail and his team at Image Group International partners with their clients to achieve breakthrough results with contrarian and disruptive ways to grow and monetise their personal and business brands. A veteran coach with a Who’s Who clientele, Jon is the CEO and Founder of Image Group International, an Australian-based corporate and personal brand image advisory and coaching organisation that conducts transformational seminars, workshops and one-on-one coaching in over four continents. He is recognised as Australasia’s No. 1 Image Coach.