MCC Dress Code: Keeping up with the times

The MCC Dress Code has been in place since its opening almost 230 years ago. Particularly stringent is the attire required to enter the Long Room, which is often cited as the heart and soul of the Melbourne Cricket Club.

Many exclusive clubs in Melbourne and Australia have maintained dress codes throughout their history despite some protest from outsiders. These clubs have experienced criticism from non-members who believe that dress codes and the firm upholding of a club’s traditional values are outdated and archaic.

Racing Clubs, members clubs and even Spring Racing events have always maintained the standard of dress expected of their members and guests.

“Traditionally, Derby Day has been a strict black and white policy. The editor of Fashion and Flemington, Emily Power told the Sydney Morning Herald that the code could have been inspired by a 1960s Australian Women’s Weekly advertisement. The best black and white outfit on the day would be awarded a $200 wardrobe, sponsored by whiskey maker James Buchanan and Co, for its Black and White label.”

No matter the origins or the opinions on the dress codes upheld by both the MCC and other private clubs, the club maintains that the responsibility of appropriate dress falls on the individual, and if staff feel that the dress codes have not been met, entry to the MCC club will be denied.

In 2012, Image Group wrote an article regarding MCCs policy on skirt and dress length for women. While the club opted against a specific policy to regulate hem length, it relied on and continues to rely on existing dress codes and their right to refuse entry based on attire.

The MCC code currently stipulates that maintaining dress standards at all events are of paramount concern for the club, after all the MCC is upholding it’s standards. Failure to uphold these expectations can result in denied entry. Here’s what the MCC suggests: 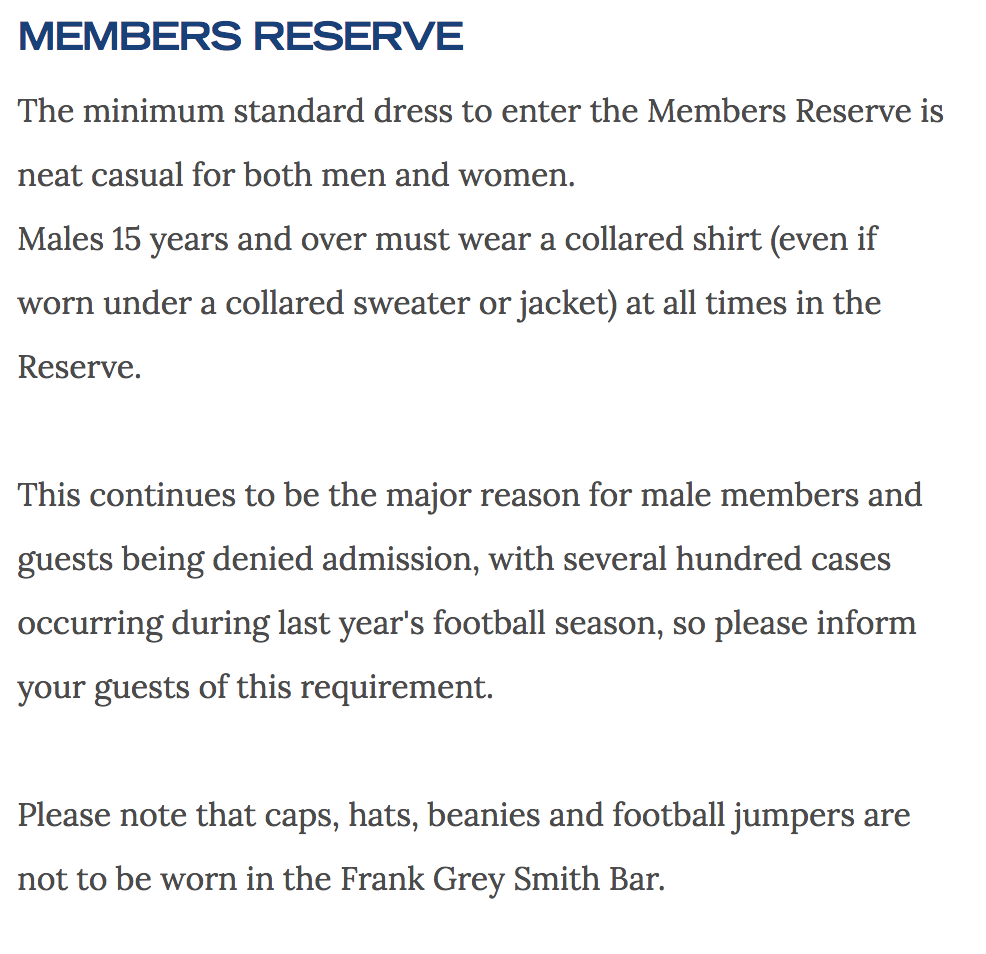 The dress code differs slightly between Members Reserve and the Long Room and Members Dining Room.
The Long Room requires all males wear a lounge suit or tailored jacket, shirt, tie, slacks and dress shoes. And all females are expected to uphold a similarly appropriate dress standard.