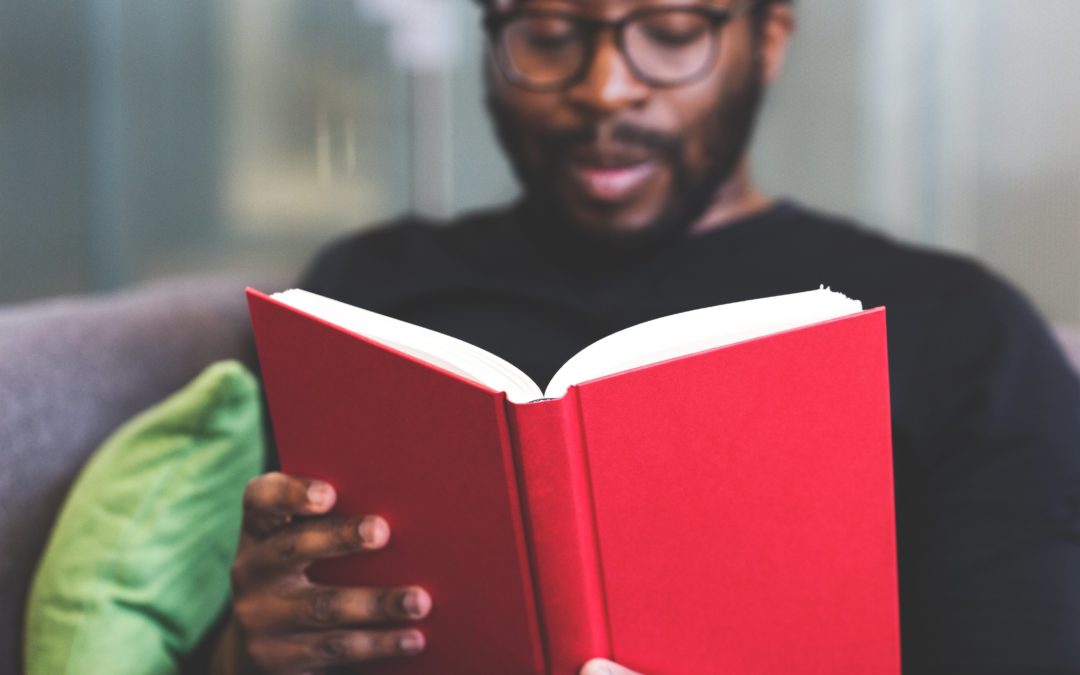 When I talk about maximising your full potential, does Maslow’s Hierarchy of Needs pop into your mind?

This idea of “levelling up” from the basics of survival to eventually achieve happiness and reach our full potential has had a stranglehold on popular psychology for a long time. 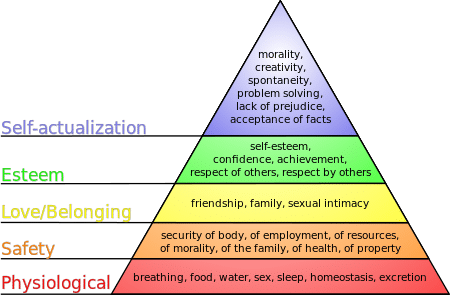 According to the popular interpretation of Maslow’s theory, you can get by just fine without self-actualisation, esteem, or love and belonging. You can survive. But as most of us intuitively know – and really know when we stop to think about it – humans demand a lot more from life than mere survival.

Now some people are perfectly satisfied with survival. Food, shelter, and the income from the work that gives them these things is fine when “you don’t know what you don’t know.”

If you are one of those people, then stop reading now. This article is not for you.

If, however, you have come to a similar conclusion to the one I have – finding that you can’t maximise your full potential by levelling up through the hierarchy of needs – then your next question will surely be “how?” If what we’ve been taught is wrong, then does anyone have it right?

Is the meaning of life then to be found in the unalienable rights of “Life, Liberty and the pursuit of Happiness.”?

The meaning of life is not found in the pursuit of happiness. Rather, one way to achieve happiness (or joy might be a better word because happiness is a transient emotion) is through finding meaning in life. 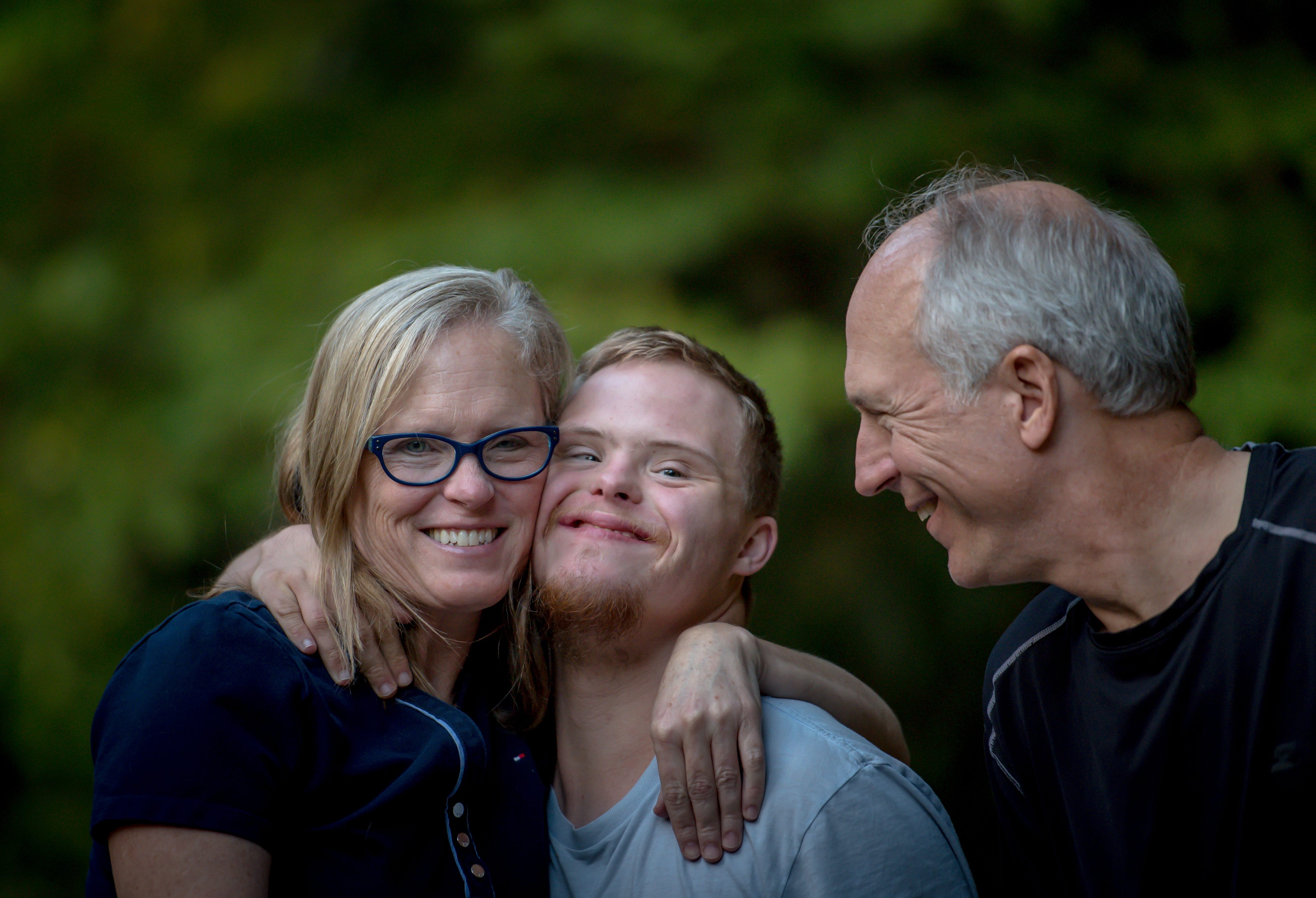 Photo by Nathan Anderson on Unsplash

The foundation of a life lived to the full is depicted at the top of Maslow’s hierarchy, when in reality, it should form the base.

“It is the very pursuit of happiness that thwarts happiness.” – Viktor Frankl

In September 1942, Viktor Frankl, a prominent Jewish psychiatrist and neurologist in Vienna, was arrested and transported to a Nazi concentration camp with his wife and parents. Three years later, when his camp was liberated, most of his family, including his pregnant wife, had perished — but he, prisoner number 119104, had lived.

In his bestselling 1946 book, Man’s Search for Meaning, Frankl concluded that the difference between those who had lived and those who had died came down to one thing: Meaning, an insight he came to early in life. When he was a high school student, one of his science teachers declared to the class, “Life is nothing more than a combustion process, a process of oxidation.” Frankl jumped out of his chair and responded, “Sir, if this is so, then what can be the meaning of life?”

Frankl knew that his science teacher had it wrong, as our pop-psychology readings of Maslow have it wrong. If life is just a combustion process, if all we really need are the basics of survival, then why are we so driven by meaning? And why doesn’t happiness give us this meaning? How could prisoners in a concentration camp possibly find something to give life purpose, when often those who have all of their basic needs, along with the illusion of freedom and the right to pursue happiness, are plagued by the feeling that their lives lack something essential?

Frankl worked as a therapist in the camps, and in his book, he gives the example of two suicidal inmates he encountered there. Like many others in the camps, these two men were hopeless and thought that there was nothing more to expect from life, nothing to live for. “In both cases,” Frankl writes, “it was a question of getting them to realize that life was still expecting something from them; something in the future was expected of them.” For one man, it was his young child, who was then living in a foreign country. For the other, a scientist, it was a series of books that he needed to finish.

For these men, the stuff of life came not from satisfying their own needs, but in finding meaning outside of themselves.

“Despite our culture’s obsession with happiness, we are more weighed down by despair than ever; suicide rates in the US recently hit a thirty-year high and depression has been trending upward for decades,” writes Emily Esfahani Smith, author of The Power of Meaning.

I would also add that antidepressant abuse is out of control and people are NOT getting better if we are to trust the statistics.

“This growing despair is very often a problem of meaning. To be psychologically and spiritually healthy, we need to believe that our lives matter. We all need to discover ways to feel connected to something larger than ourselves—to feel that our lives make sense and that we have a purpose.”

“Thanks, but what does all this have to do with personal branding?”

Whilst you might intuitively know where it is that you find meaning, actually living that life of purpose can prove to be the tricky part.

Or maybe you aren’t even sure where to look for meaning.

Either way, you are probably of the opinion that worrying about your personal brand is something you can only do after setting out on the path to meaning.

If you think this way then you are creating another upside-down pyramid.

Your personal brand isn’t a mask. It’s YOU! The real you. The authentic you. The self-actualised and purpose-driven you. Why wouldn’t you want the world to see that?

Maslow’s hierarchy would have us believe that esteem is something we can strive for once our needs for sustenance, employment, and friendship have been met. But what the pyramid structure doesn’t show, is that esteem is a wonderful way to attain these other goals.

Who wants to be friends or business partners with someone they can’t respect? Achievement, supposedly one of the higher needs, actually helps you to achieve these basics.

In an article for Psychology Today, Pamela Rutledge wrote “Needs are not hierarchical.  Life is messier than that. Needs are, like most other things in nature, an interactive, dynamic system, but they are anchored in our ability to make social connections.”

Photo by rawpixel.com on Unsplash

Life does not fit in a box, and it does not fit in a pyramid. We all know that respect is hard to come by if we don’t first respect ourselves. We also know that self-respect comes from achieving those top-tier goals of self-actualisation. Morality, achievement and respect of others – how are we expected to achieve the lower-tier goals of friendship, family, and intimacy if we don’t first achieve those higher-tier goals?

So to round off, personal branding is not an add-on. It isn’t window-dressing, or superficial self-marketing, and it isn’t something you can indulge in once you have the rest of your life in order. Personal branding is about finding the authentic you, finding your meaning, your purpose, your “why?” and courageously presenting that to the world in a way that benefits not only yourself, but others.

That’s what I call making an Authentic Difference!