The most TRUSTED people are medics and firefighters… and Hugh Jackman

Trust is one of the most valuable assets an individual can possess – and the recent results of the 2014 Reader’s Digest Trusted People List reveal that Doctors are leading the way, followed by Community Volunteers, Firefighters and Pilots.

It’s obvious that the healing professions are rated highly across thew board, a recognition for the great and at times unrecognised work they do in our communities.

MOST TRUSTED PEOPLE IN 2014 Four of the people at the very top of this year’s list embody the kind of public contribution that Australians consistently applaud and reward with their trust. The other is a very special case – a huge star who’s still seen as “a good bloke”.

1. Neurosurgeon Dr Charlie Teo is passionate about advancing our understanding of brain cancer. Helping those whose lives it cuts short saw him given the honour of addressing the US Congress in 2013. For the third consecutive year, survey respondents have given him their top vote.

Why? He is “a person of integrity not beholden to anyone” and “he helps people when others give up on them”.

Why? She is “dedicated”, “selfless”, “down to earth and honest”.

3. Professor Ian Frazer, immunologist and developer of a vaccine against the strains of human papillomavirus (HPV) that cause cervical cancers has never been out of the Most Trusted Top 10.

Why? “He is working for the welfare of the people.”

4. The founder and CEO of Youth Off the Streets, Father Chris Riley, has spent nearly four decades bringing practical help and much-needed hope to young people with nowhere else to turn.

Why? “He is a man looking after people that society tends to forget.”

5. Hugh Jackman was an up-and-comer when he reached No. 23 on our first poll, back in 2005. Last year he earned an estimated $US55 million but he is still regarded as a rock-solid, genuine, family man.<

Why? “He is a decent human being and supports good causes.” 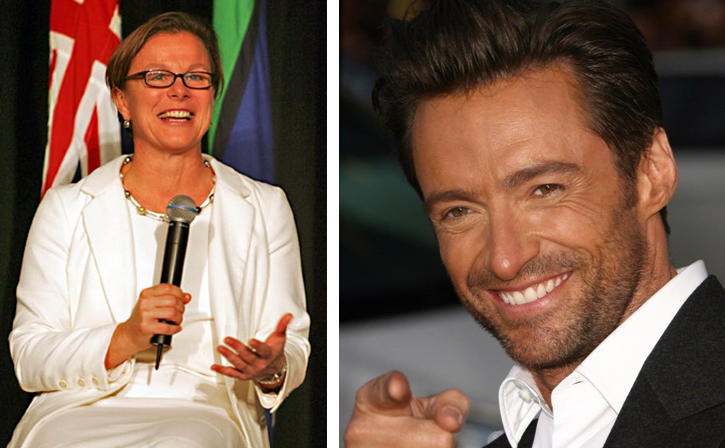 Throughout the past year paramedic organisations in various parts of Australia have reported their members increasingly coming under attack by the very people they are trying to help. But for our respondents there is no question: they are the most trusted of all the professionals – just ahead of those other ever-reliables, firefighters.

“They do a superb job under a great deal of pressure,” said one person, while many others put it even more simply: “your life is in their hands”.