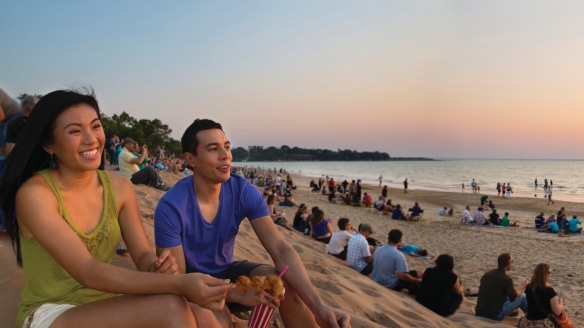 Towards the end of 2017 the NT News revealed that the government had approved a “worldwide search for a brand specialist with a successful national and international track record”.

The tender closed on December 8, so we can expect to see soon what direction this rebrand will take.

At over 1,349,129 square kilometres in area, the Northern Territory is big. Yet it has the smallest population of Australia’s eight major states and territories, falling far behind the Australian Capital Territory, and having less than half the population of our smallest state, Tasmania.

So it’s understandable that the NT Government wants more people to visit, migrate to, and invest in their state.

The NT is also hugely diverse, from lush tropical beaches, to harsh desert plains. Darwin is a modern metropolitan city, vibrant with asian culture and food, yet other areas of the Territory are extraordinarily remote and cut off from global networks. In many Aboriginal communities our world’s oldest languages and traditions are passed down in the continuation of over 60,000 years of culture. 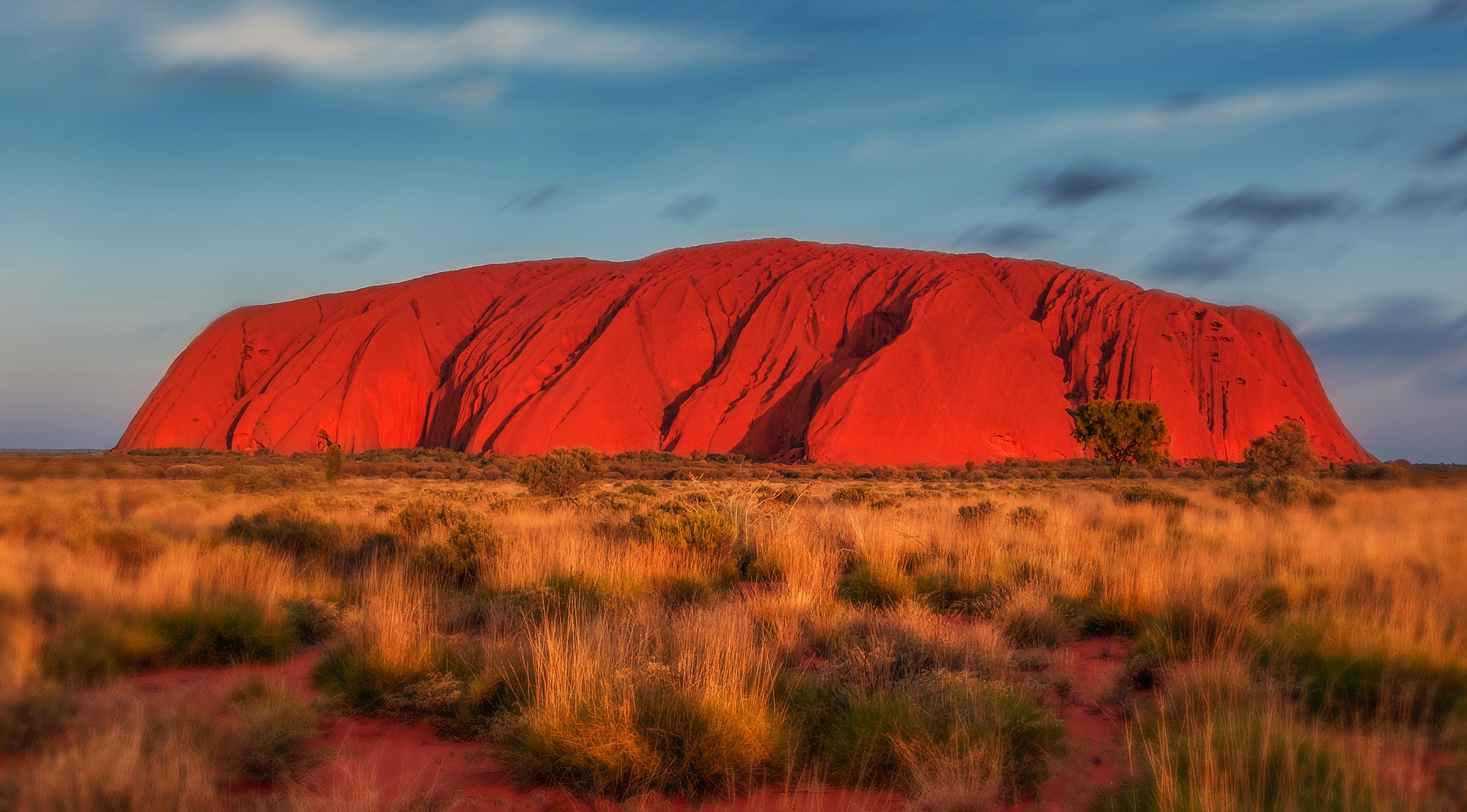 The sacred site of Uluru is known to many as the heart of Australia. Image: Walkerssk on Pixabay

The NT Government already hosts a number of websites and programmes dedicated to promoting the Territory.

Tourism NT is a Northern Territory Government statutory authority responsible for promoting the Northern Territory as “a must-do, unique holiday destination”. Whilst MigrationNT provides information for those wanting to migrate, work, live, visit, invest, or study in the NT.

It’s not that this work, or the Territory, is failing. People are working, and visiting and investing, but there is a chance now for the NT Government to maximise the potential of this incredible place with the development of a coherent brand story.

With a place as unique and diverse as this, it will take careful planning to get it right. It really isn’t anything like living in Melbourne, Sydney, or even Brisbane.

The distances and remoteness of many places are mind-boggling to those of us living in cities or suburbia. One NT veterinarian told me of her “everyday” experiences that would just never happen in an urban setting.

“Sometimes, we just have to improvise,” says Dr Sue Samuelsson, of i-Vet. “From treating crocodiles that have been hit by cars; searching by helicopter for sea turtles stuck in ghost nets on remote Arnhem Land beaches; and instructing pet owners via Skype on how to get life-saving IV fluids into their dog at midnight.” 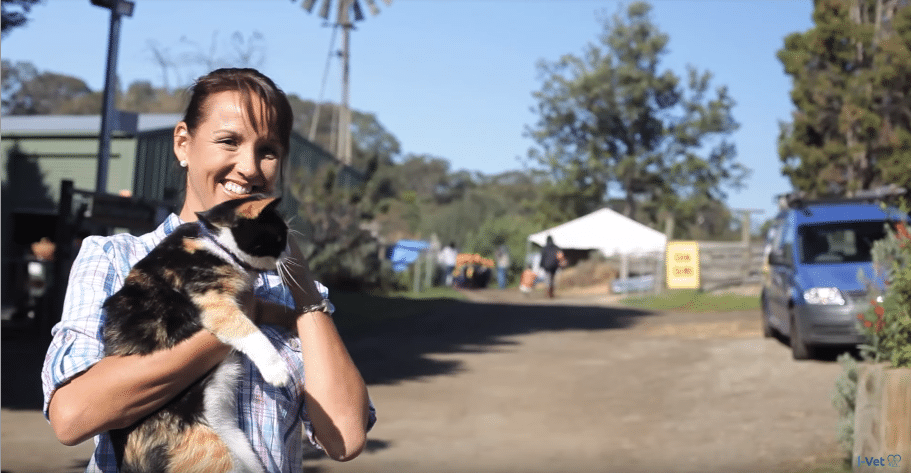 The Northern Territory has the highest rate of population turnover in Australia, and Dr Samuelsson was very close to becoming part of that transient population.

“I followed my partner when he moved for work,” Dr Sue explains. “I started a little practice in a place called Nhulunbuy. It’s 800km away (from Darwin) on a dirt track all the way in East Arnhem Land.”

Whilst the locals in Nhulunbuy were glad to have a local vet, the small population meant a limited number of clients, and thus limited potential for Dr Sue to keep the business going.

Dr Sue and her partner could easily have become just another fly-in-fly-out (FIFO) family. This trend, along with the growing number of young professionals seeking work there, has informed the NT’s highly transient population and has created a unique community, Charles Darwin University senior research fellow Andrew Taylor, told Fairfax Media.

“That happens a lot and is what we call escalated migration, where people are escalating their careers by doing a stint up in Darwin,” Dr Taylor said. “In might be a year or two years and they can jump a lot of levels when they get back home.”

Data also shows that Greater Darwin has a median age of 33.3, the youngest of any capital city and well below the national median of 37.4, according to the Australian Bureau of Statistics.

It’s not that there aren’t jobs and opportunities for study and career advancement in the NT. Simply that these opportunities come alongside some unique challenges. It is this environment that has seen the Territory record negative population growth for the eighth consecutive year. An alarming factor in this trend is the 25 per cent net migration drop for women over the last five years.

Rather than bemoaning a lack of opportunities, Dr Andrew Taylor believes the NT simply needs a better brand to secure those thinking about moving to the NT.

“People see it as a risk – coming to the north of Australia in general, and therefore the Northern Territory, both financially and emotionally because you’re going away from family potentially … and for other reasons, like you just might not like it,” he said. 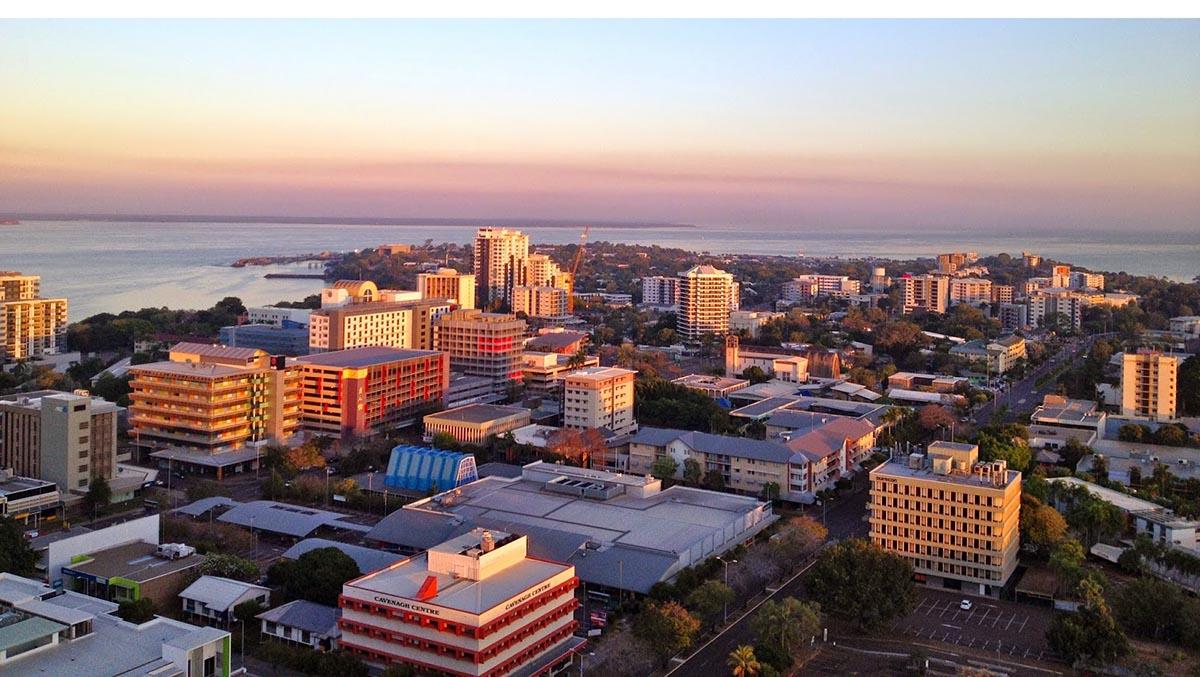 “We need to think about how to reduce the risk in the minds of people who might be thinking about coming, and I think branding ourselves in particular ways could help.”

“That’s why in tackling the Territory’s slow population growth we will be researching the reasons people leave, and what we can do to keep them; what attracts people here and where we need to invest to grow the number of people that call the Territory home.”

“We will share this with the private and NGO sectors to allow them to better attract and keep people.”

So, how can the Territory rebrand prove that the NT is a great place to live? Dr Sue is always quick to reel off a list of things she loves about her home.

“Nature rules. From huge frangipanis to giant milkwood trees to Cullen Bay’s natural aquarium – it all simply blows the temperate climate visitor away. Of course, there are the nasties, like poisonous snakes, poisonous spiders and crocodiles, but the sensible thing is to listen to good advice and to follow the rules. As for crocodiles, by exercising a bit of common sense you can avoid getting eaten. Most people manage to avoid it every day.”

The NT has found many safe ways for tourists to get up close to crocodiles in safety. Image: Crocosaurus Cove.

“The work-life balance is another enviable attribute that visitors comment on. As they say, the locals work to live, not live to work. Maybe that has something to do with being able to spend so much time outdoors, absolutely the best way to lower those stress levels and gain a sense of what life is all about.”

“As for fishing, opportunities are everywhere. From heli-fishing to game fishing to beach fishing, there’s something for everyone. And when the catches become barbecue fodder, it’s even better.”

Good branding can show people that opportunities are worth the risks, and that difficulties can lead to creative solutions and even industry changing innovation.

In the early days of working in her remote community, Dr Sue would often receive calls from pet owners who were unable to access veterinary care, desperate for any sort of diagnosis or advice she could offer over the phone. Whilst Dr Sue was happy to help in this way, she thought that perhaps she could come up with something better. They say necessity is the mother of invention, and those living in remote communities know this better than most.

On a mission to create an accessible vet service for her community, Dr Sue started i-Vet, the world’s first virtual veterinary clinic, so that those stranded by distance, disability, or illness could access the care their animals need.

“We aren’t a fancy, high-tech referral centre with all the bells and whistles, and sometimes we just need to improvise to get the job done,” Dr Sue says.

And improvise she does – with pet owners becoming Dr Sue’s assistants on Skype calls as they help her to examine and assess their pets.

From an initiative developed for her Arnhem Land community, i-Vet has become a lifeline to people and their pets from all over the world. Pet owners in remote places, not just in Australia, but overseas as well, have found that a virtual consultation can help when no other service is available.

The digital age has created a whole new world for those willing to engage, and compressed distances even for those living out in the middle of nowhere.

Today, i-Vet is an established business and works in collaboration with a number of other projects that involve veterinary telehealth in Indigenous communities and Broadband for the Bush.

You see, branding doesn’t just create a pretty picture. It allows us to see things differently, authentically, and with the excitement of new possibilities.

I’m waiting to see how the Northern Territory rebrand goes, but believe it could really be their time to shine.