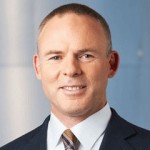 BHP Billiton chief executive, Marius Kloppers, advised the Big Australian’s remuneration committee that he does not want his bonus this year. It is no small sacrifice, given that Kloppers’ bonus last year – US$4.7 million – was more than twice his salary (US$2.1 million).

Kloppers’ announcement takes advantage of his impact on market confidence as the public face of the company, says Jill Kelly, a Brisbane-based personal branding consultant. “Personal brands are built on trust, and action is more important than talk in building trust,” Kelly says. “What people do in a highly visible time goes to their personal brand as a CEO.”

The message, Kelly says, is that Kloppers is committed to the organisation’s future. “He is committed to its future because he is putting the company’s priorities ahead of his own. That says ‘I am invested, at a personal level’, and those actions speak louder than words.”

However, Kloppers will have to follow up this high-profile move with further action that reinforces his commitment to the miner’s future success.

The CEO of Image Group International, Jon Michail, believes Kloppers’ move is a clever one, entirely consistent with the brand of the company. “The Big Australian makes the big decisions,” he says. “It is very courageous for them to be the first, at that level, to say they are stopping the bonuses.”

The decision fits well with Kloppers’ personal brand as a tough, decisive executive, Michail says. “It is an indication of his leadership. The chairman is Jac Nasser, and he is also known as tough.”

The remuneration committee and the board announced that they “respected” Kloppers’ decision. The CEO of BHP Billiton Petroleum, Mike Yeager, also sacrificed his right to a bonus in the wake of the write-down.

There is not much downside for Kloppers or BHP Billiton in the sacrifice of the CEO’s bonus, Michail thinks. Both are likely to benefit now and over the long-term as follows:

In short, a good return on investment.

Kath Walters is the editor of LeadingCompany and an award-winning journalist of 15 years’ experience. Kath was previously a senior writer and editor at BRW magazine covering management, strategy, finance, entrepreneurship and venture capital across all industry sectors. In 2006, Kath won the Citibank Award for Excellence in Journalism (General Business). Follow her on Twitter @KathWalters