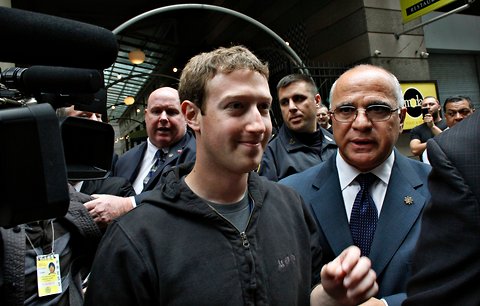 Mark Zuckerberg’s dress sense is making the money men of Wall Street nervous and it is not surprising.

The current economic climate is becoming a real challenge for many businesses and any perception that the leadership team are not congruent with the expected companies’ professional image can have negative results, even if you are the 28 year old billionaire CEO of Facebook it seems.

However, in Zuckerberg’s case this is his real image; young and scruffy, with an ‘I don’t give a shit’ attitude.

This is exactly the same style that has created the $100 billion company Facebook, to be listed later today  has been led by Zuckerberg , the lead first impression guy that created this online conglomerate so what is the problem? His ‘up yours’ approach is  commonly found in our X-Y Gen culture – So why focus on this guy’s dress sense when the fact of the matter is that he has created a monster company that is having a real effect in transforming how people communicate with each other, for better or worse.

There is nothing new in the current criticism of a CEO’s brand image and generally during the boom times this would have  been less of a deal breaker, however the times have changed and now that Facebook is planning to float, all aspects of its corporate brand are being considered including the presentation of the Chief of First Impressions.

In my opinion, it’s not going to make much of a difference, investors know what they can expect from Zuckerberg, hoodie or no hoodie.

Is your organisation looking to implement new dress codes?

Check out the following stories on Zuckerberg’s dress sense: