The images we trust

Ambos, firefighters are most trusted; journalists, politicians and talkback hosts are least-trusted.

Firefighters and paramedics tied as the most-trusted professions in Australia.

AFTER the week Australia has had, it will probably surprise no one that journalists, politicians and talkback radio hosts are the three least trustworthy groups in the country, a new survey shows.

Rescue volunteers, nurses, pilots, doctors, pharmacists, veterinarians, air traffic controllers and farmers all round out the top 10 on the list of 50 jobs, indicating that Australians tend to place their faith in carers, protectors and givers.

“Politicians have never fared well in the trust stakes, but it seems Australians have had a gutful of our current crop,” Readers Digest editor-in-chief Sue Carney said in a statement.

Pollies have come in at number 49, managing to stay ahead of door-to-door salespeople, rock bottom at 50. 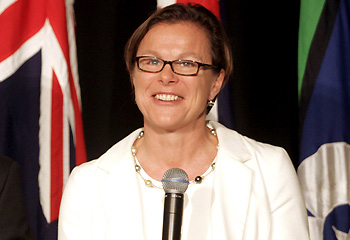 The prime minister scraped in at 95 while Mr Abbott came in at 75.

Just who can you trust these days?